We Are All In the Gutter, But I’m Looking At a Horse’s Butt Trophy

I generally structure my days around doing things that are going to give me a smug sense of misplaced superiority (no one runs marathons because they’re fun, Karen), so I look at Gutterfest, Firespring’s annual bowling outing, as a chance to grow as a person by doing something I am just absolute pants at.

I took home Worst Bowler in 2015 but narrowly lost the title in 2016 to a team member who self-identifies as “pretty much blind.” But he couldn’t make it to this year’s event, so I anticipated that once again the trophy would be mine.

You thought the trophy was metaphorical? Nope. It’s real, and it’s a horse’s butt.

And (spoiler alert?) mine it was. I started off bowling a 27 in the first game (which is actually showing a relative amount of promise, by my standards), and further declined in pin-crushing prowess by scoring 22 points in the second game.

One might suspect that my scores are the result of being so drunk that my motor skills have gone from merely being affected to being completely eradicated, but I didn’t even consume enough beer to truly numb the shame of such an abysmal showing, much less excuse it altogether.

A recurring query concerning my score: “Did you do that on purpose?”

Look, no one is asking the best bowler if he did that on purpose. All we can do is play the cards we’re dealt, and my cards happen to lack aim and coordination. That’s right, people—I really am just that bad at bowling.

It didn’t matter if I was granny balling or doing that thing where I lift one leg and angle it behind the other like I saw all the good bowlers doing—my balls were drawn to the gutter like I’m drawn to donuts in the office.

Jokes aside, I’m really not that broken up about my Gutterfest failures. Most of my coworkers don’t know the truth of my dark past. They console me on my tragic inability to knock over pieces of plastic by rolling a ball at them, not seeing the years of being picked last at dodgeball, being called first for Red Rover and losing at H.O.R.S.E. that have prepared me for the moment I am crowned Worst Bowler.

So what’s the lesson here? Not sure. Let’s wrap this sucker up Choose Your Own Adventure-style. Pick the moral of the story that most appeals to you, as told by quotes from people of varying degrees of fame: 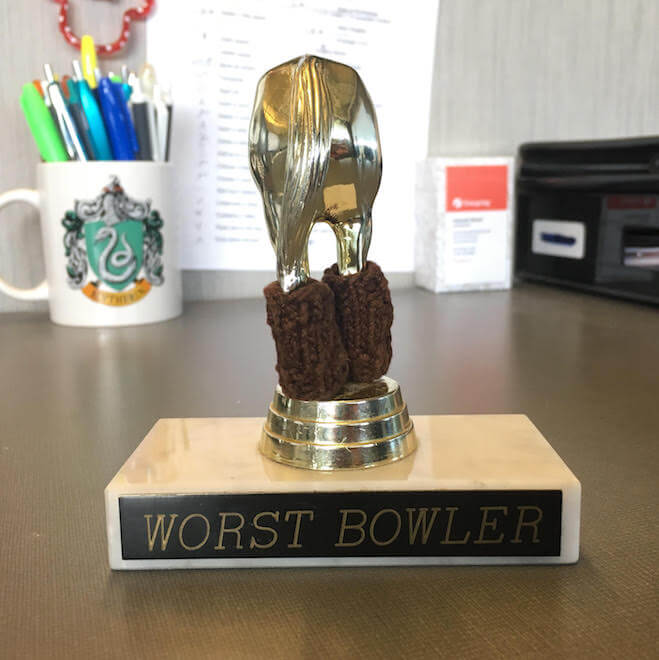 April 28, 2020 by Jay Wilkinson
BusinessImpact Strategy
Why Cutting Your Marketing Budget Is a Mistake

Why Cutting Your Marketing Budget Is a Mistake

April 7, 2020 by Angie Kubicek
BusinessSignage
What’s Your Sign? No Offense, but Maybe It Needs to be Updated

What’s Your Sign? No Offense, but Maybe It Needs to be Updated